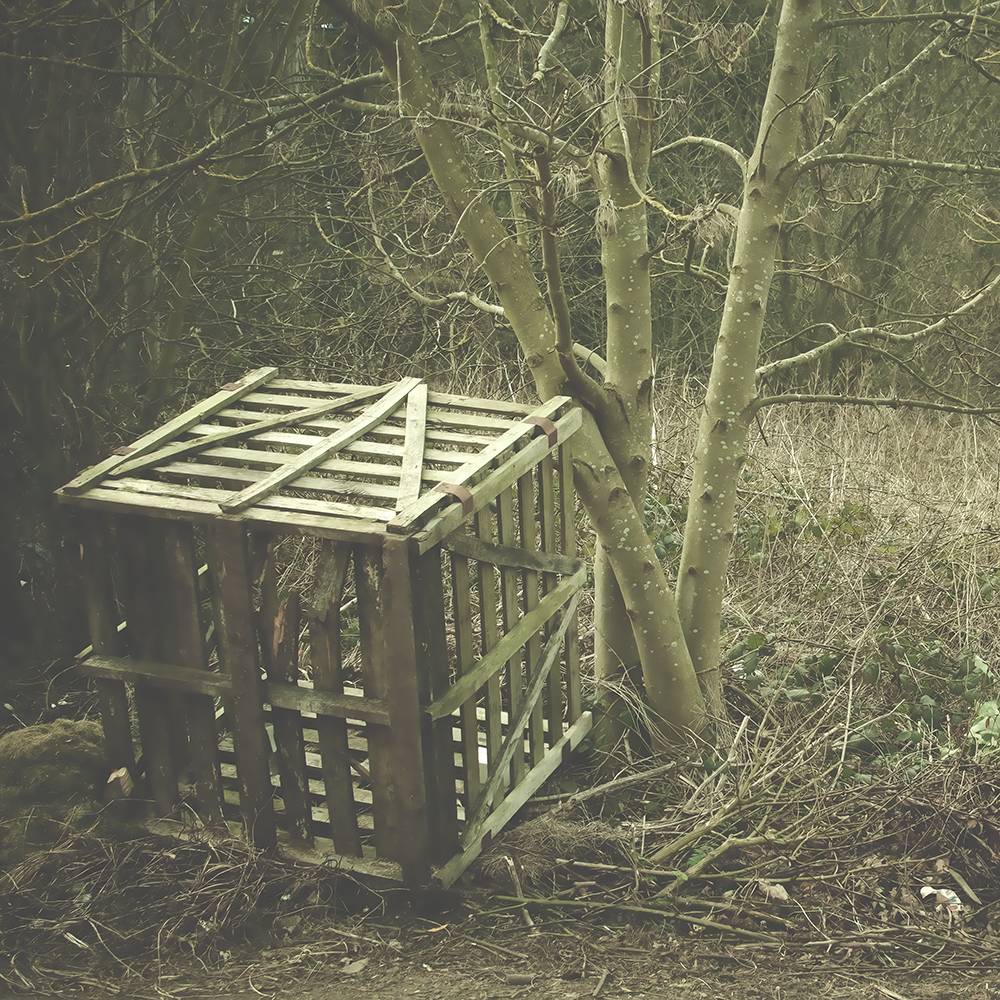 “I had known Trevor Simpson for many years and had played violin, sax and guitar with Nyam Nyam, whom Trev played bass with, on an ad hoc basis for a while in the early 1980’s. Trevs’ interest in playing acoustic slide guitar collided with my desire for a simpler, acoustic approach for the stuff I was playing and the songs I was writing in late 1987. At the beginning of 1988 we decided to give it a go and see what happened. Mr. Rudeforth was still with us, there’s a Son House recording from the 1930’s where a train passes by the store they were recording at and it’s very atmospheric, so Mr. R. added recordings of steam trains to his repertoire in which the use of tapes were superceding the radio. Gary Burroughs decided to get back on board (when he bothered to turn up) using mainly a snare drum with brushes. We were based in a room at Trevs’ house and started rehearsing in January 1988, also doing some playing in Garys’ garden. We did a gig at the Blue Bell Inn pub on 17.5.88 which was supposed to be a monthly residency but finished the next day when the cleaners found evidence of dope-smoking all over the room. The same kind of deal resulted in a gig at The Haworth Arms pub on 21.6.88 but afterwards the landlord said “You’re ok, but I don’t like your tribe!” Banned again. We carried on regardless and brought out a cassette-tape which was sold in local shops. We were always interested in many, many different types of music/sound and in August did three electronic tracks on Garys’ very primitive equipment, we would have carried on with this at the time but Gary lost interest as usual.” – Paul Moller